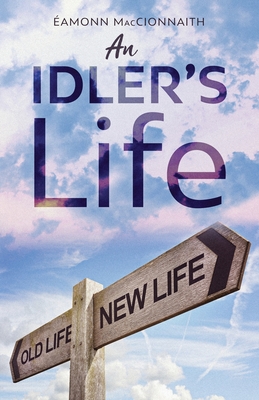 An Irish Fiction Novel about dealing with Unemployment, Depression and Alcoholism in the wake

of the Irish economic collapse.

An Idler's Life is an engaging Irish fiction novel that casts a harsh light on the reality of living with depression while being unemployed, and on the dire consequences of making life-changing mistakes.

When a young Irishman named Paddy Dempsey reaches the end of his school days during Ireland's booming 'Celtic Tiger' era, he struggles to find his place in a country rife with wealth and opportunity. Just as his generic life begins to induce a feeling of nostalgia towards his adolescence and the aspirations that it harboured, the Irish economy crashes, and he becomes one of the many victims. Unemployed and disillusioned, Paddy inevitably succumbs to living an idler's life, one that is fuelled by alcohol and a growing resentment for those he deems responsible for his circumstances.

Becoming increasingly disconnected from the world around him, he does his best to make a joke of it all to hide the sense of despair that he feels.

But when a tragedy befalls someone close to him, the life that he was already struggling to wrestle with, begins to spiral out of control.

Amid such economic and personal turmoil, he knows that the solution to his problems may lie far away from Irish shores.

There's a decision to be made, and he's trying his hardest to avoid having to make it. But at his lowest point, he meets a girl who sees past the wit that he hides behind, who might decide for him.

An Idler's Life is a stark, emotionally driven human-interest story that draws the reader into a young man's struggles with unemployment, mental health, alcoholism and loss.