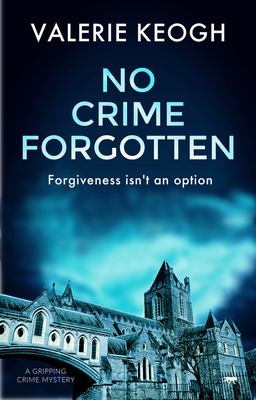 
Not currently on our shelves. Usually Ships in 1-5 Days
A bizarre murder in the suburbs of Dublin leads a Garda S och na detective into a perplexing investigation in this gritty crime novel.

When Detective Garda Sergeant Mike West and his partner answer an emergency call from St. Monica's church, they discover a dead body suspended from the beams in front of the altar. The victim is identified as Ian Moore, a man recently released from prison after serving time for rape.

Revenge seems like the obvious motive for Moore's murder, but as the list of suspects grows, West begins to wonder if there's something deeper going on. Perhaps the killer believes this is God's work. With pressure from both the church and his boss to get the case solved quickly, West and his team have their work cut out for them.
Valerie Keogh was born in Dublin, qualified as a nurse and then studied English in University College Dublin gaining a BA in English and a Masters in American Literature. She moved to the UK several years ago where she lives with her husband, Robert, and cat, Fatty Arbuckle. She enjoys writing both crime and psychological thrillers. When she's not writing, Valerie loves to travel. You can follow Valerie on Twitter: @ValerieKeogh1 Or on Facebook: https: //www.facebook.com/valeriekeoghnovels/