Requiem for a City (Paperback) 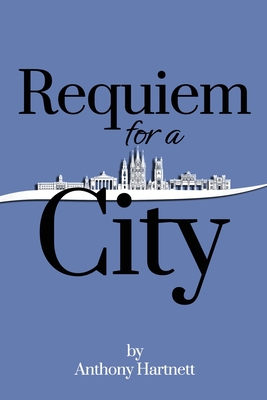 Requiem for a City (Paperback)

Former ombudsman, Emily O Reilly, characterised contemporary Ireland in terms of a 'vulgar fest' of 'rampant, unrestrained drunkenness' and 'brutal, random violence'. Requiem for a City is a sometimes outrageous and sometimes hilarious take on such an Ireland, seen through the antics of some bright, but very non-pc rakes. These ruthless libertines carouse in the pubs of parochial Cork, Ireland's second city, where they encounter an array of trogs and lowlifes redolent of medieval times. Occasionally, too, they venture to West Cork where they face unexpected dark forces.

Counterpointing these experiences, the rakes encounter some formidable and attractive women who challenge their cavalier cynicism. These include Jane, who may have discovered the identity of the writer of a famous medieval romance; Sadie, an enigmatic West Cork artist; and Emily Cardew, an academic who is beset by tragedy and an unhappy marriage. Exchanges with this trio lead the rakes into all sorts of fiery arguments and romantic adventures.