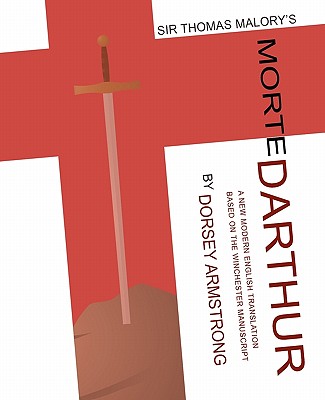 
Not currently on our shelves. Usually Ships in 1-5 Days
Dorsey Armstrong provides a new, Modern English translation of the MORTE DARTHUR that portrays the holistic and comprehensive unity of the text as a whole, as suggested by the structure of Caxton's print, but that is based primarily on the Winchester Manuscript, which offers the most complete and accurate version of Malory's narrative. This translation makes one of the most compelling and important texts in the Arthurian tradition easily accessible to everyone-from high school students to Arthurian scholars. In addition to the complete text, Armstrong includes an introduction that discusses Malory's sources and the long-running debate surrounding the manuscript and print versions of the narrative. For ease of use, the text is keyed to both William Caxton's print version and the manuscript version edited by Eug ne Vinaver. A detailed index is also included. Dorsey Armstrong is Associate Professor of English and Medieval Literature at Purdue University. Her research interests include medieval women writers, late medieval print culture, and the Arthurian legend, on which she has published extensively. Her book GENDER AND THE CHIVALRIC COMMUNITY IN SIR THOMAS MALORY'S MORTE D'ARTHUR was published by University Press of Florida in 2003. Her 36-part lecture series on "The Medieval World" will be available from The Teaching Company in late 2009. Currently, she is Editor-in-Chief of the academic journal ARTHURIANA, which publishes the most cutting-edge research on the legend of King Arthur from its medieval origins to its enactments in the present moment.