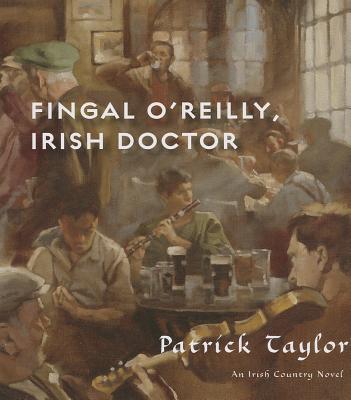 This is book number 8 in the Irish Country Books series.

Fans of Taylor's bestselling Irish Country novels know Dr. Fingal Flahertie O'Reilly as the irascible senior partner of a general practice in the colorful Irish village of Ballybucklebo. Newly married to his once long-lost sweetheart, he's ready to settle into domestic bliss, but there's always something requiring his attention, be it a riding accident, a difficult patient with a worrisome heart condition, a spot of grouse-hunting, or even some tricky shenanigans at the local dog races.

The everyday complications of village life are very different from the challenges Fingal faced nearly thirty years earlier, when fresh out of medical school, the young Dr. O'Reilly accepts a post at the Aungier Street Dispensary, tending to the impoverished denizens of Dublin's tenement slums. Yet even as he tries to make a difference, Fingal's tireless devotion to his patients may cost him his own true love….

Shifting back and forth between the present and the past, Patrick Taylor's captivating Fingal O'Reilly, Irish Doctor, brings to life both the green young man O'Reilly once was and the canny village doctor readers have come to know and admire.

“The novel is charming, full of Irish wit and wisdom and, of course, all the village characters we've come to love. For those just discovering the Irish doctor, this book can stand on its own, but it will leave the reader wanting more.” —Booklist on Fingal O'Reilly, Irish Doctor

“Patrick Taylor has become probably the most popular Irish-Canadian writer of all time.” —The Globe and Mail