The Red Queen: A Novel (The Plantagenet and Tudor Novels) (Paperback) 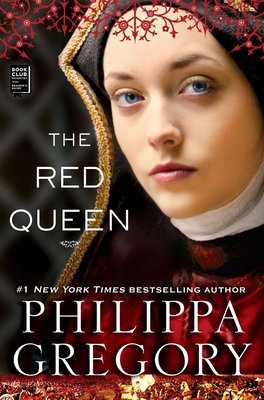 The Red Queen: A Novel (The Plantagenet and Tudor Novels) (Paperback)

This is book number 2 in the The Plantagenet and Tudor Novels series.

The inspiration for the critically acclaimed Starz miniseries The White Queen, #1 New York Times bestselling author Philippa Gregory brings to life Margaret Beaufort, heiress to the red rose of Lancaster, who charts her way through treacherous alliances to take control of the English throne.

Margaret Beaufort never surrenders her belief that her Lancaster house is the true ruler of England, and that she has a great destiny before her. Married to a man twice her age, quickly widowed, and a mother at only fourteen, Margaret is determined to turn her lonely life into a triumph. She sets her heart on putting her son on the throne of England regardless of the cost to herself, to England, and even to the little boy. Disregarding rival heirs and the overwhelming power of the York dynasty, she names him Henry, like the king; sends him into exile; and pledges him in marriage to her enemy Elizabeth of York’s daughter. As the political tides constantly move and shift, Margaret masterminds one of the greatest rebellions of all time—all the while knowing that her son has grown to manhood, recruited an army, and awaits his opportunity to win the greatest prize in all of England.

The Red Queen is a novel of conspiracy, passion, and coldhearted ambition, the story of a proud and determined woman who believes that she alone is destined, by her piety and lineage, to shape the course of history.
Philippa Gregory is the author of many New York Times bestselling novels, including The Other Boleyn Girl, and is a recognized authority on women’s history. Many of her works have been adapted for the screen including The Other Boleyn Girl. She graduated from the University of Sussex and received a PhD from the University of Edinburgh, where she is a Regent. She holds honorary degrees from Teesside University and the University of Sussex. She is a fellow of the Universities of Sussex and Cardiff and was awarded the 2016 Harrogate Festival Award for Contribution to Historical Fiction. She is an honorary research fellow at Birkbeck, University of London. She was awarded a CBE title for services to literature and charity in 2022. She welcomes visitors to her website PhilippaGregory.com.