The Lady of the Rivers: A Novel (The Plantagenet and Tudor Novels) (Hardcover) 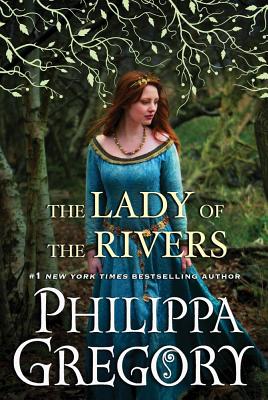 The Lady of the Rivers: A Novel (The Plantagenet and Tudor Novels) (Hardcover)

This is book number 3 in the The Plantagenet and Tudor Novels series.

“I was riveted from the beginning of this amazing novel, when Jaquetta, a powerful, passionate woman born in tumultuous times, is introduced to Joan of Arc. From Jaquetta's marriage at a young age to a much older duke, and how she negotiates their relationship and her place in court, to her falling in love with a brave knight, Jacquetta's story will keep you transfixed. A riveting read for lovers of historical fiction and fans of Philippa Gregory. You won't be disappointed!”
— Kym Havens, Wellesley Booksmith, Wellesley, MA

#1 New York Times bestselling author and “queen of royal fiction” (USA TODAY) Philippa Gregory brings to life the story of Jacquetta, Duchess of Bedford, a woman of passion and of legend who navigated a treacherous path through the battle lines in the War of the Roses to bring her family unimaginable power.

When the young and beautiful Jacquetta is married to the older Duke of Bedford, English regent of France, he introduces her to a mysterious world of learning and alchemy. Her only friend in the great household is the duke’s squire Richard Woodville, who is at her side when the duke’s death leaves her a wealthy young widow. The two become lovers and marry in secret, returning to England to serve at the court of the young King Henry VI, where Jacquetta becomes a close and loyal friend to his new queen.

The Woodvilles soon achieve a place at the very heart of the Lancaster court, though Jacquetta has visions of the growing threat from the people of England and the danger of their royal York rivals. Jacquetta fights for her king and queen, as she sees an extraordinary and unexpected future for her daughter Elizabeth: a change of fortune, the white rose of York, and the throne of England…
Philippa Gregory is the author of many New York Times bestselling novels, including The Other Boleyn Girl, and is a recognized authority on women’s history. Many of her works have been adapted for the screen including The Other Boleyn Girl. She graduated from the University of Sussex and received a PhD from the University of Edinburgh, where she is a Regent. She holds honorary degrees from Teesside University and the University of Sussex. She is a fellow of the Universities of Sussex and Cardiff and was awarded the 2016 Harrogate Festival Award for Contribution to Historical Fiction. She is an honorary research fellow at Birkbeck, University of London. She founded Gardens for the Gambia, a charity to dig wells in poor rural schools in The Gambia, and has provided nearly 200 wells. She welcomes visitors to her website PhilippaGregory.com.

“Wielding magic again in her latest War of the Roses novel … Gregory demonstrates the passion and skill that has made her the queen of English historical fiction.…Gregory portrays spirited women at odds with powerful men, endowing distant historical events with drama, and figures long dead or invented with real-life flaws and grand emotions. She makes history … come alive for readers.” –Publishers Weekly (starred review)

“The best writers of historical fiction imbue the past with the rich tapestry of life and depth, and Gregory is surely counted among their number. . . .A worthy addition to this fascinating series, once again distinguished by excellent characterization, thorough research, and a deft touch with the written word.” –Library Journal

“The ethereal magic threaded throughout the story. . . .contrasts nicely with the power politics.” –Booklist

“This rip-roarer possesses the same intimate imaginative texture of Gregory’s classic The Other Boleyn Girl. . . . It’s about love, power and human weakness.” --USAToday.com

“The best yet, a lively tale . . . set amid civil wars in England and France.” –Associated Press