The White Queen: A Novel (The Plantagenet and Tudor Novels) (Paperback) 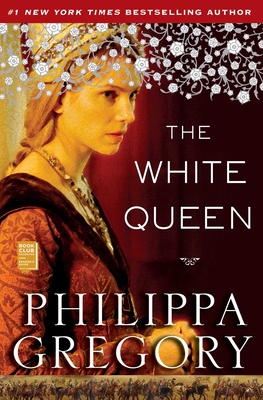 The White Queen: A Novel (The Plantagenet and Tudor Novels) (Paperback)

The inspiration for the critically acclaimed Starz miniseries The White Queen, #1 New York Times bestselling author Philippa Gregory brings to life the extraordinary story of Elizabeth Woodville, a woman who rises from obscurity to become Queen of England, and changes the course of history forever.

Elizabeth Woodville is a woman of extraordinary beauty and ambition. Her mother is Jacquetta, also known as the mystical lady of the rivers, and she is even more determined to bring power and wealth to the family line. While riding in the woods one day, Elizabeth captures the attentions of the newly crowned King Edward IV and, despite her common upbringing, marries him in secret.

When she is raised up to be his queen, the English court is outraged, but Elizabeth rises to the demands of her exalted position and fights for her family’s dominance. Yet despite her best efforts, and even with the help of her mother’s powers, her two sons become pawns in a famous unsolved mystery that has confounded historians for centuries: the lost princes in the Tower of London.

In this dazzling account of the deadly Wars of the Roses, brother turns on brother to win the ultimate prize: the throne of England.
Philippa Gregory is the author of many New York Times bestselling novels, including The Other Boleyn Girl, and is a recognized authority on women’s history. Many of her works have been adapted for the screen including The Other Boleyn Girl. She graduated from the University of Sussex and received a PhD from the University of Edinburgh, where she is a Regent. She holds honorary degrees from Teesside University and the University of Sussex. She is a fellow of the Universities of Sussex and Cardiff and was awarded the 2016 Harrogate Festival Award for Contribution to Historical Fiction. She is an honorary research fellow at Birkbeck, University of London. She was awarded a CBE title for services to literature and charity in 2022. She welcomes visitors to her website PhilippaGregory.com.