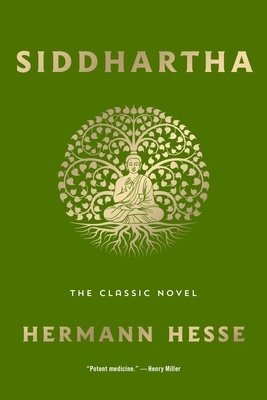 A timeless novel about the quest for knowledge and enlightenment

Siddhartha is an insightful glimpse into the human soul, a classic novel of discovery, and a literary exploration of the true nature of purpose and spirituality. Set during the time of the Buddha, the novel tells the story of a wealthy Brahmin who, plagued by a soul-deep discontentment, leaves his life of ease in order to seek out a sense of deeper fulfillment. His persistent, stumbling search for meaning has resonated with readers for generations, making Siddhartha one of the most powerful novels of the modern age.

Nobel Prize winning author Herman Hesse presents a vision of spirituality distilled from schools of thought ranging from Jungian archetypes to Eastern religion that will challenge and resonate with readers from all walks of life.

This edition of Siddhartha is part of the Essential Pocket Classics series, which publishes beautiful, small editions of beloved classics.

Hermann Hesse (1877-1962) was a German poet and novelist. He received the Nobel Prize in Literature in 1962. He was the author of numerous works including Siddhartha, Steppenwolf, and Demian.
"Potent medicine" —Henry Miller