Witness to Gettysburg: Inside the Battle That Changed the Course of the Civil War (Paperback) 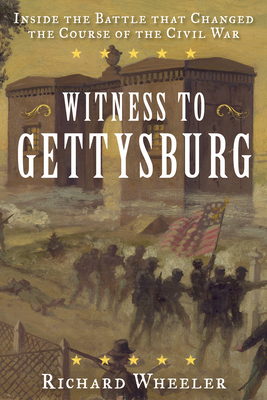 Witness to Gettysburg: Inside the Battle That Changed the Course of the Civil War (Paperback)


On Our Shelves Now
From the events that led to the clash at Gettysburg in July 1863 to the retreat of Robert E. Lee's defeated Confederates, Richard Wheeler uses the words of participants-both Northern and Southern-to bring one of the Civil War's bloodiest, most pivotal battles to life. Wheeler blends these compelling personal accounts into a startlingly vivid tapestry of war and a dramatic narrative that entertains as well as informs. This is eyewitness history at its best.
Richard Wheeler was a military historian and author of several books about World War II and the Civil War.