The Boleyn Inheritance: A Novel (The Plantagenet and Tudor Novels) (Paperback) 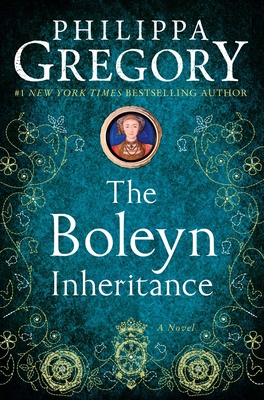 The Boleyn Inheritance: A Novel (The Plantagenet and Tudor Novels) (Paperback)

From “the queen of royal fiction” (USA TODAY) comes this New York Times bestseller featuring three very different women whose fates are each bound by a bloody curse: the legacy of the Boleyn family.

After the death of his third wife, Jane Seymour, King Henry VIII of England decides to take a new wife, but this time, not for love. The Boleyn Inheritance follows three women whose lives are forever changed because of the king’s decision, as they must balance precariously in an already shaky Tudor Court.

Anne of Cleves is to be married to Henry to form a political alliance, though the rocky relationship she has to the king does not bode well for her or for England.

Katherine Howard is the young, beautiful woman who captures Henry’s eye, even though he is set to marry Anne. Her spirit runs free and her passions run hot—though her affections may not be returned upon the King.

Jane Rochford was married to George Boleyn, and it was her testimony that sent her husband and infamous sister-in-law Anne to their deaths. Throughout the country, her name is known for malice, jealousy, and twisted lust.

The Boleyn Inheritance is a novel drawn tight as a lute string about three women whose positions brought them wealth, admirations, and power, as well as deceit, betrayal, and terror.
Philippa Gregory is the author of many New York Times bestselling novels, including The Other Boleyn Girl, and is a recognized authority on women’s history. Many of her works have been adapted for the screen including The Other Boleyn Girl. She graduated from the University of Sussex and received a PhD from the University of Edinburgh, where she is a Regent. She holds honorary degrees from Teesside University and the University of Sussex. She is a fellow of the Universities of Sussex and Cardiff and was awarded the 2016 Harrogate Festival Award for Contribution to Historical Fiction. She is an honorary research fellow at Birkbeck, University of London. She was awarded a CBE title for services to literature and charity in 2022. She welcomes visitors to her website PhilippaGregory.com.

"The queen of royal fiction."