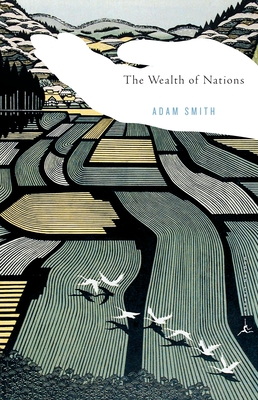 By Adam Smith, Robert B. Reich (Introduction by)


Not currently on our shelves. Usually Ships in 1-5 Days

Adam Smith’s masterpiece, first published in 1776, is the foundation of modern economic thought and remains the single most important account of the rise of, and the principles behind, modern capitalism. Written in clear and incisive prose, The Wealth of Nations articulates the concepts indispensable to an understanding of contemporary society; and Robert Reich’s Introduction both clarifies Smith’s analyses and illuminates his overall relevance to the world in which we live. As Reich writes, “Smith’s mind ranged over issues as fresh and topical today as they were in the late eighteenth century—jobs, wages, politics, government, trade, education, business, and ethics.”


"Adam Smith's enormous authority resides, in the end, in the same property that we discover in Marx: not in any ideology, but in an effort to see to the bottom of things."
--Robert L. Heilbroner